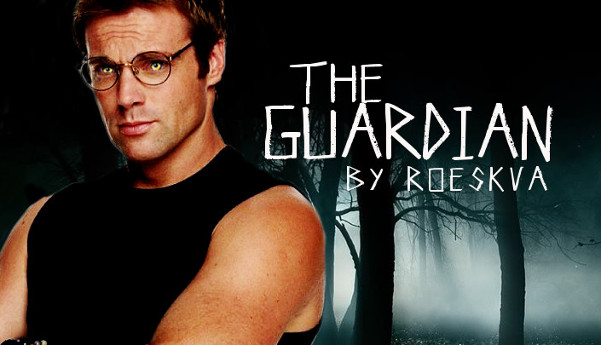 They had found a shed where they had spent the rest of the night. After eating what was left of the sandwiches they had bought in the last village they passed through, they continued their journey. According to the road sign, there was a city up ahead. Hopefully, it would be large enough to have a doctor's clinic.

"I can't believe werewolves are real! I mean how can they be real? They're supposed to be mythological. Supernatural!" O'Neill exclaimed.

"If they exist, they are not supernatural," Sam insisted. "Perhaps it's some sort of mutation? Or an alien species? A virus, perhaps?"

"It's not something the Tok'ra have ever heard of," Jacob said. "I guess it could be something that's natural to Earth, even if we haven't met them before. I mean, maybe those myths have some basis in reality."

"Could we not talk about werewolves?" Daniel sounded testy. "You do know how people become a werewolf, right? By being bitten. I was bitten!"

"Relax, Daniel. I'm sure that part is just a myth. Right?" O'Neill asked.

"What if it's not?" Daniel looked unhappily at him.

"Well, have you felt the urge to howl at the moon or tear any of us to shreds?" Sam tried to keep his mood up.

"It's daytime, and no, I haven't." Daniel sighed. "I do imagine my hearing is better, though... and my sense of smell, I think. I mean, I keep hearing sounds, but when I look around, I realize it must be something further away."

"Hallucinations, perhaps? I mean... it could be caused by the shock from being bitten. Don't you think?" Sam suggested.

"Or you're just imagining it," O'Neill insisted. "Come on - let's get a doctor to check you out, and then you'll be just fine!"

"So the doctor confirmed it looked like an animal bite?" O'Neill asked.

"Yeah... and he gave me a tetanus shot and a rabies shot." Daniel looked unhappy. "I need four more injections over the next 14 days, so we'll have to get to a doctor regularly... and probably use up all our money this way!"

"Well... it's not really likely that creature had rabies, do you think?" O'Neill said. "I mean, it wasn't a real wolf, but a werewolf..."

"And you think I should have told the doc that?" Daniel snorted. "He'd probably have had me locked up for insanity!"

"Okay, okay... I understand." O'Neill sighed. "What about those other... symptoms? The increased hearing and smell... and such?"

"He said it was probably just my imagination... due to shock." Daniel grumbled. "It's real you know... and you could do with a bath, Jack!"

It was near evening the day after. They had found an old barn where they could stay, which would be a nice change after having half-slept outside the night before, rolled up in their blankets.

Sam, Martouf/Lantash, and Teal'c had gone to purchase food for them all in a small fast food place they had spotted in the nearby town.

When they returned, the sun had just set, and the moon had risen. Sam looked at it with concern.

"What will be full?" Teal'c asked.

Martouf looked at it. "That seems correct." He gave her a puzzled look. "Something in your facial expression tells me this is a problem. Why is that?"

Sam shook her head. "It's silly... and probably not relevant. According to myth, werewolves are affected by the moon - some stories say people who've been bitten will change on the full moon."

"So you fear this will be true, since werewolves have been proven to be real?" Teal'c asked. "And you suspect Daniel Jackson will transform into such a creature when this planet's moon is full?"

"Well, it sounds crazy when you say it out loud, right?" Sam sighed. "It's probably just a myth." She opened the half-rotten door to the barn, and they went inside. "Hi, guys! We got Chinese take-away!"

"Finally! Food!" O'Neill smiled broadly. "You have no idea how happy we are to see you guys!"

Sam rolled her eyes, and she and Martouf and Teal'c started handing out the boxes of food. Soon they were all sitting down in the hay, munching contentedly on their food.

When they had finished eating, the twilight had given way to night, and Sam could barely see Daniel's expression when he turned to speak to her. "You know... when you guys were talking outside... I could hear you. That stuff about the full moon... it's worrying me too. Actually, it's scaring the hell out of me!"

"Forget it, Daniel. It's just superstition. You'll be fine." O'Neill insisted, looking like he was trying to convince himself just as much as Daniel.

"You could hear us outside?" Sam asked.

Daniel nodded. "Yeah... and that's not all." He raised his head, looking across the large room they were sitting in. "Can you guys see that small mouse over there?"

"Um, what mouse?" Sam wondered, gazing in the direction he was looking. "It's very dark in here, with the only light being moonlight coming through those two dirty windows."

"I can hear it munching on something over there... leftover grain, probably. I can see it quite clearly... but in an odd colour... a bit like when you wear night goggles," Daniel insisted. "Across the room... about 50 feet away."

"Across the room?" O'Neill exclaimed, holding his hands up and looking at them. "I can barely see my hands right in front of me!"

Martouf squinted, trying to see the mouse, but shook his head. "It's not that I don't believe you, Daniel, but I cannot see the animal... it is much too dark in here. As a host my eyesight is much better than a humans. My hearing is enhanced as well..." He listened for a moment. "I believe I can hear it, though. Very faintly."

"Well I can hear it clearly - and see it!" Daniel repeated, getting frustrated. "Do you know what that means? I'm turning into a werewolf!" His eyes suddenly lit up, glowing yellow in the darkness. The glow did not fade.

"Whoa!" O'Neill exclaimed. "Sure he's not a host instead?"

Martouf shook his head - despite no one in the room likely being able to see it. "No, he is not. Not only can't I sense a symbiote in him, but that does not look like the way the eyes of a host glow. At all."

"Of course I'm not a host! Idiots!" Daniel exclaimed. "The eyes of the other werewolves glowed too!"

"Yeah, but your eyes glow yellow - theirs were red," Sam reminded him.

"Dammit! Look at my fingernails!" Daniel was getting more agitated. "They're... they're claws!"

O'Neill had fished out a flashlight, and lighted it. "Crap. He's right. Listen... Daniel. Daniel! Relax! We'll find a way to fix this! Control yourself!" When Daniel did not seem to listen, O'Neill let go of him. "Martouf - stun him."

Martouf grabbed the zat'nik'tel lying beside him, and fired at Daniel, who cried out, and shook as the energy coursed through him. After a few seconds he lay still, groaning softly, and looking at them with a slightly dazed expression.

"Amazing. It does not stun him completely." Martouf sounded surprised.

"No. Like... the other werewolves." O'Neill sighed, holding the flashlight so they could see Daniel. Before their eyes, the claws shrank back and the yellow glow disappeared from his eyes. "Daniel?"

"Let's not assume the worst yet. Carter - if he can get infected by this werewolf-stuff, he can be cured, right?"

"Eh, possibly." Sam frowned. "Assuming it's actually a disease of some kind, yeah, then it should be possible to cure him. At least if it hasn't gone too far. Remember the alien bug that

stung Teal'c and injected a venom or something, that started rewriting his DNA? I guess it could be something like this."

"So I'm being transformed into another creature? An alien of some sort?" Daniel asked, horrified.

"I've never heard of anything like that on Earth!" O'Neill said.

"Could it be something Ba'al brought with him? Could these creatures be his doing? Working for him?" Sam wondered. "Dad? Martouf?"

"It's possible..." Jacob hesitated. "I suppose it could be him doing it as part of his 'campaign' to make people feel unsafe, so they will elect him. I just don't know why ordinary human criminals wouldn't be enough. Besides, werewolves have been mentioned in mythology from a long time ago."

"Maybe their enhanced senses are of use to Ba'al - for keeping an eye on people? Don't forget I saw one of them weeks ago," Martouf reminded them.

O'Neill nodded. "We haven't forgotten, and I agree. It's possible." He took a deep breath. "Carter - any way to find out if this is a virus? Are the rest of us at risk?"

"I don't think anyone else is at risk - Daniel is the only one that's shown any signs," Sam said.

"Because I was bitten. That's how you become a werewolf," Daniel grumbled.

"Well, if I'm to check for a virus, or anything that's rewriting his DNA, I'm going to need some fairly advanced lab equipment - and a place to work. Any ideas?"