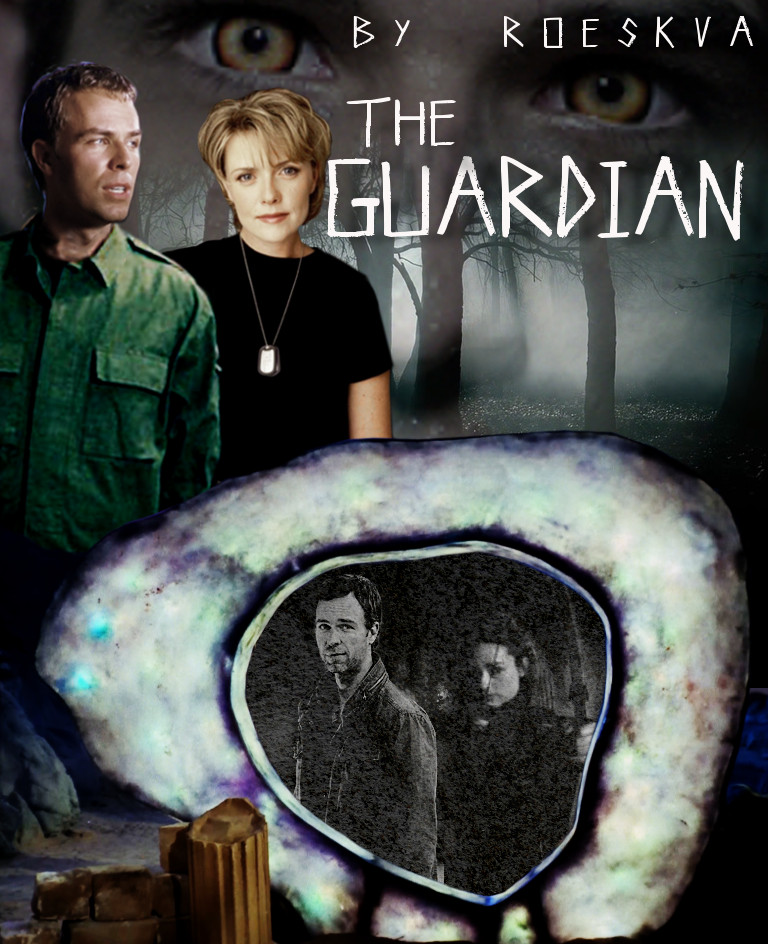 "Allison! Was it really necessary to use a stun grenade on them?" Chris Argent demanded, as he ran up to her, followed by two other hunters.

"This one is clearly a werewolf." Allison pointed at Daniel. Before their eyes, he morphed back to human, just like he had before when he had been shot with a zat'nik'tel.

"Granted, but what about the others? Are they military? Air Force, perhaps?" Argent frowned.

"They were pointing weapons at me, and they're obviously with the werewolf," Allison said.

"Should we take them back and lock them up?" one of the other hunters, a man named Willson, asked. "If the Air Force is mixed up in something with the werewolves - especially if it's one of the alpha packs - then it could bad."

Argent nodded slowly. "I agree. I guess we had better - for their safety too. There are many dangers out here tonight." He looked down at O'Neill, then walked over to the next, a woman with blond hair.

"Hey, take a look at this one!" Jameson, the fourth in the group of hunters, called out.

"What's with him? We need to get them back before they regain consciousness." Argent hurried to him.

Jameson shone his flashlight at Martouf's face, and Argent made a surprised sound.

"Weird, right? He looks exactly like a younger version of you. Got any lost brothers?"

"Not that I know of." Argent sighed. "Let's call some of the others and get these people back and under lock-up - quickly. We need to get to the bottom of this."

"God! My head!" O'Neill exclaimed, pressing his hands against it. He opened his eyes. "Is it dark in here?"

"It was a stun grenade," Martouf observed. "Though it was more powerful than any I have previously encountered, Lantash assures me the effects are temporary."

O'Neill ran his hands over the floor. "So... have we been out longer than normally? The floor feels like we aren't outside anymore."

"Most likely... and I agree in your assessment. It is also warmer than where we were before. I would assume the people who fired the grenade have moved us to a building."

"There were no obvious signs of habitation nearby," Teal'c observed.

"No. We must have been unconscious for a significant amount of time," Martouf said.

"My vision is starting to come back," Martouf told them. "Everything now appears grey, instead of black."

"Good. Now... what's your take on that Derek fellow? And what was that about your family?" O'Neill asked.

"I know nothing of him, other than the obvious; he is a werewolf. He claimed he wished to help Daniel, but we have no way of knowing if he is telling the truth about being connected to that other group or not. As for the comments about my family? I would think it obvious he was mistaken. I was not even born on this world, as you all know," Martouf said.

"So you must look like someone he's met. A coincidence." O'Neill sounded like he was not sure if he dared believe that.

"Yes." Martouf sat up straight. "My vision has cleared to the point where I can see some of our surroundings. They are still somewhat blurry, but..."

"Well, where are we?" O'Neill demanded.

"In a holding cell of some sort. It is bare except for a bench along the wall, and some blankets... I think, in a corner." Martouf squinted, as his eyesight slowly returned fully. "I believe we are under surveillance. There is what looks like a camera just outside the bars."

"My vision is returning too," Jacob said. "What about the rest of you? Daniel?"

"I took blood samples from all of them and ran through the analyzer," Jameson said. "That one's the only werewolf." He pointed at Daniel on the screen showing the cell and the prisoners inside.

Jameson nodded. "There is. According to the machine, the man with the grey hair is the only one that doesn't either have... let's say, unusual substances in the blood, or isn't... fully human."

"What do you mean?" Willson said, walking into the room.

"The black man with the weird golden tattoo on his forehead isn't human. Well, almost, but not quite. As for the other three... the woman, the older, balding male, and the young man... they all have some sort of unidentified element in their blood. An unidentified element!"

"I wonder how that can be?" Willson asked. "Something the Air Force is experimenting on, perhaps?"

Argent shrugged. "No idea. It's possible, I suppose. Given the strange, highly advanced weapons they have suddenly started using, they're up to something. Did you know we found one of those stun-weapons - the ones that looks like a coiled snake - on one of them?"

"Yes." He looked at the screen again. "It would seem they're all awake. It's time to see what they have to say."

"Wait..." Jameson said. "There's one more thing. Those three with the unknown element in their blood... that's not all. The analyzer also detected something else - foreign DNA in their bloodstreams."

"What do you mean, 'foreign DNA'?" Argent asked.

"Do you mean like from blood transfusions?" Willson suggested.

"Normal blood transfusions does not transfer functional DNA, though some types do. However that is not the case here. The foreign DNA is not human," Jameson told them.

"Well, usually something like that might suggest a parasitic infection of some kind - past or present - but the analyzer doesn't recognize it... or maybe it does, but it gives some kind of error. It says. "Additional DNA from - then something unreadable - detected."

"What do you mean, 'something unreadable'?"

"Either garbage - or a foreign language, I guess. Maybe something that didn't get translated correctly by whomever produces these."

"So it could actually just be an error? Maybe it didn't detect anything at all?" Argent asked.

"It's possible, but I tend to believe it did," Jameson said.

Argent took a deep breath. "All right. We'll look into that later. First we need to determine who these people are, and what they're doing here." He looked thoughtfully at the figures on the monitor, clearly pondering something. "Jameson... you're right about what you said earlier about that young man. He does have an uncanny resemblance to me. Why don't you take a blood sample from me, and run a comparison between him and me. It would be interesting to see what comes up."

"Ah, finally. Someone's decided to honour us with their presence!" O'Neill said. "How kind of you. Tell me, do you think we could get something to eat? We haven't had anything since this morning, and we've walked quite a long distance since then."

Argent frowned. "Perhaps later. When you have answered some questions."

"What kind of questions? As you know, we're not obliged to give anything but name, rank, and number. I'm Jack O'Neill, by the way. Colonel. And who might you be?"

"Chris Argent. My family protects innocents against werewolves and other creatures that might otherwise harm them."

"Good for you." O'Neill gave him a long, hard look, then turned to look at Martouf, who was also staring at the newcomer. "You know... I can see why that Derek fellow in the woods asked if Marty had any family here. You sure look a lot like him!"

"Including the voice," Sam observed, slowly shaking her head. "It's amazing."

"Can we talk about this later?" Argent looked frustrated, not used to people being so unconcerned about the fact that they were currently behind bars. "What is the Air Force's involvement with werewolves? Which groups are you working with?"

"We're not cooperating with any werewolves! Are you crazy?" O'Neill exclaimed. "Hell, a week ago none of us even knew werewolves existed! Then they attacked us, and one of the damn creatures bit Daniel!"

"I see. Who were they? Where were you attacked?" Argent demanded.

"A group of werewolves. How they Hell should I know who they were?" O'Neill said, angrily. "Lots of them - seven, I think."

"What colour were their eyes?"

"What?" O'Neill stared at him.

"Their eyes! What colour did they glow?"

"Yeah, all of them. What does it matter?" O'Neill asked, angrily.

Argent nodded slowly. "Where was this? When?"

"A week ago. I told you that already!" O'Neill exclaimed. He took a deep breath, calming himself somewhat and making the decision that it could not harm them to give this information. The werewolves were probably the worse of their immediate enemies - unless this guy and his group was working with Ba'al, which seemed a bit of a stretch. Besides, it might build some trust. "A couple hundred miles back to the south... south-east-ish, I guess. Near a small place called 'Misty Willows'."

"Hmm, must be a different group than the alpha group that arrived here recently..." Argent looked unhappy. "Yes?" He turned to look at Jameson, who just entered. "What is it?"

"I have the results of the test. I think you want to hear it." He looked at the group of people in the cell. "Not in front of them. Come."